The long awaited release for this game is finally here! 238 characters, with tons of familiar stages!
What's changed from the previous CodeBreaker build?
Download (registration is free)
Size: 3gb. After unpack: 5.05gb.
Like, share, subscribe! If you feel good, give it to me, I like it! Thank you.

BASIC INFORMATION:
LINK: DOWNLOAD. It's at the forum, so that the link is protected. Registration is FREE.

Download at the forum (it's there, so that the link is protected). Registration is FREE and a simple Gdrive or Mega link.

Made by our friend,  Beterhans

WHY DRAGON BALL MINUS IS A TERRIBLE STORY

DB Minus contradicts an already established history of a character - Goku's father. What really makes Dragon Ball Minus such a disgrace is.. Read on.

Posted by Raikage on December 19, 2010 at 4:14 PM EDT
At long last, after 8 months of hard work, modifications, drawing and teamwork, this set is finally ready! Enjoy. Read on.

ADDING DEPTH TO A STAGE (DELTAS)

CREATING A STAGE IN MUGEN (TUTOTIAL)

Needless to say, the stage might be functional, but it lacks more elements. That's what we are going to add now, with different deltas. Read.
We're going to modify stage0 in order to obtain a basic layout of our future Mario stage. Basic steps to insert sprites in the SFF file using Fighter Factory, and basic code in the DEF file to generate BG stuff and display a one or two layer(s) stage Read more.

Okay, so the stage is nice and all, but how about we add some animated elements, which will be moving around the stage and give an impression of life to it. Read.

Jiggsaw Method :
It consist in cutting the original image in many little pieces, then display all the pieces at the correct place in the stage. Each small piece having less colors than the original image, you lose less ..Read More 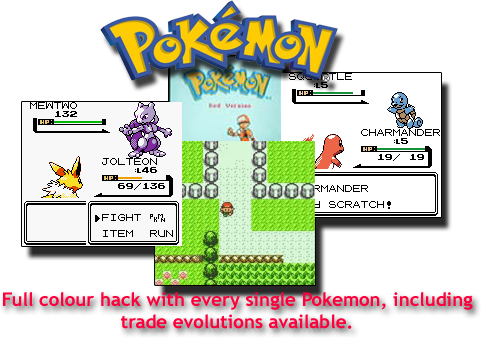 All areas are fully coloured. Each and every Pokemon, including the trade evolutions are available. Some Pokemon will still be rare (as low as a 1% chance of finding them).

Download link is at the forum in the Downloads section. Registration is free.

We take a look at Goku here and the changes he goes through from Dragon Ball to Dragon Ball Z. So far, we have seen Goku's character & how it doesn't change much throughout the entirety of the series. However, his behaviour changes quite a bit. If one looks close enough, one can see that Goku changes quite a lot... Read full article.

This unique article deals with a few of the changes the dub of Dragon Ball Z made to the characters' original personalities. It doesn't point out every instance because that would be too painstaking, but it does shed light on a few important ones. 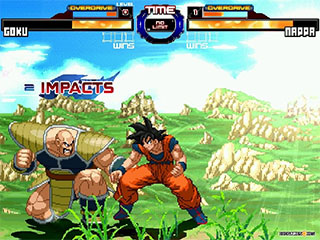 Check out the news & developments at my Blog. My MUGEN site will be back online shortly.

No Freezing, no hanging, no black screen at startup. No nothing. Works perfectly for R4. I have an R4 with the old kernal. This is the ONLY way you can play the rom in English on your DS. Check the blog section for further details and a patch download.

Download description and link is posted at the Blog section.